When I last wrote on bitcoin, the price was somewhere in the vicinity of $4,500. Bitcoin’s price continues to defy gravity. Not just defy gravity, the price has gone up vertically! It has more than tripled in three months since I last wrote. I don’t know of any other asset/currency that has moved up in value so fast….ever.
Is this a bubble? Even if one considers the possibility that this is not a bubble, one is left with the unanswered question what could have possibly changed over the last year (1500%+), month (100%+), or week (40%+) to have warranted such drastic changes in value.
There can be a handful of potential reasons:

I think we can safely agree the explanation cannot be rapidly growing adoption. To justify a $15,000 value for a bitcoin, assuming it has the same velocity as a US dollar, it would need to represent 6% of all transactions. That is far from true today: even the lead users might not use bitcoin that frequently.
Of course, as discussed in a previous blog, the velocity of bitcoin is far slower and it only represents a much smaller share of transactions. This “slow velocity” or constrained supply of bitcoin is what I believe is responsible for the rapid price increases. Moreover, demand from ICOs and speculators is squeezing that supply.
To cross check this understanding and the design of the network, I researched bitcoin mining economics, and here is what I found. Most of this data comes from Blockchain.infoand is readily available to anyone to replicate these calculations.

While trying to further cross check the order of magnitude of these numbers, I came across a paper by Harald Vranken (where he looks at environmental sustainability of bitcoins) which came to similar conclusions but in Feb 2017… bitcoin price has of course changed quite a bit (10x) since then.
Having discussed 1 and 2… we are left with 3. And while it is not a conclusion supported with unquestionable evidence, it is a conclusion from deduction (and a couple of anecdotes). The design of bitcoin network would support “only” a 20% per annum increase in its value. With bitcoins having gained 15x value over the course of 2017, it seems likely the reason for this rapid rise is the result of mass speculation. While I don’t have evidence, I have anecdotes of people either inquiring about investing in bitcoins or being already invested in it. These acquaintances have no background in finance or in investing. Typically, that is a sign of an end of a bull run!
I stand by the not-so-headline making conclusion I drew last time – it is both a beginning and a bubble! While there is value in bitcoin, I don’t know why it should be $15,000! With bitcoin now trading on future contracts, I don’t know which way we are headed next.
What do you think? Please do share your thoughts.
Disclaimer: This is a discussion of broad technology trends and not investment advice. Any investment decisions made are your own and at your own risk. All views, opinions, and statements are my own.
Exhibit 1: The Bitcoin network’s Daily P&L (as of Dec 9, 2017) 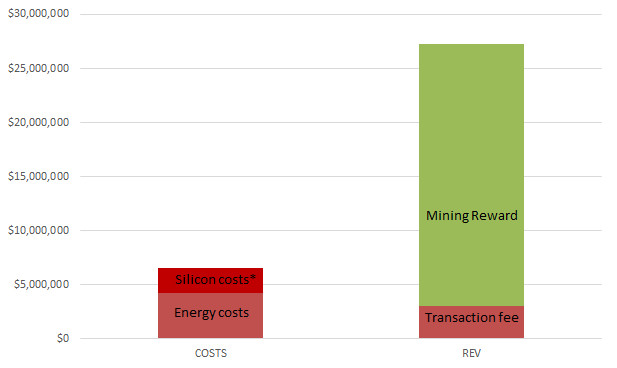 Exhibit 2: Harald’s view of Daily Revenue/Costs of Bitcoin mining (as of Feb 2017). The price of bitcoin has gone up >10x since then…. 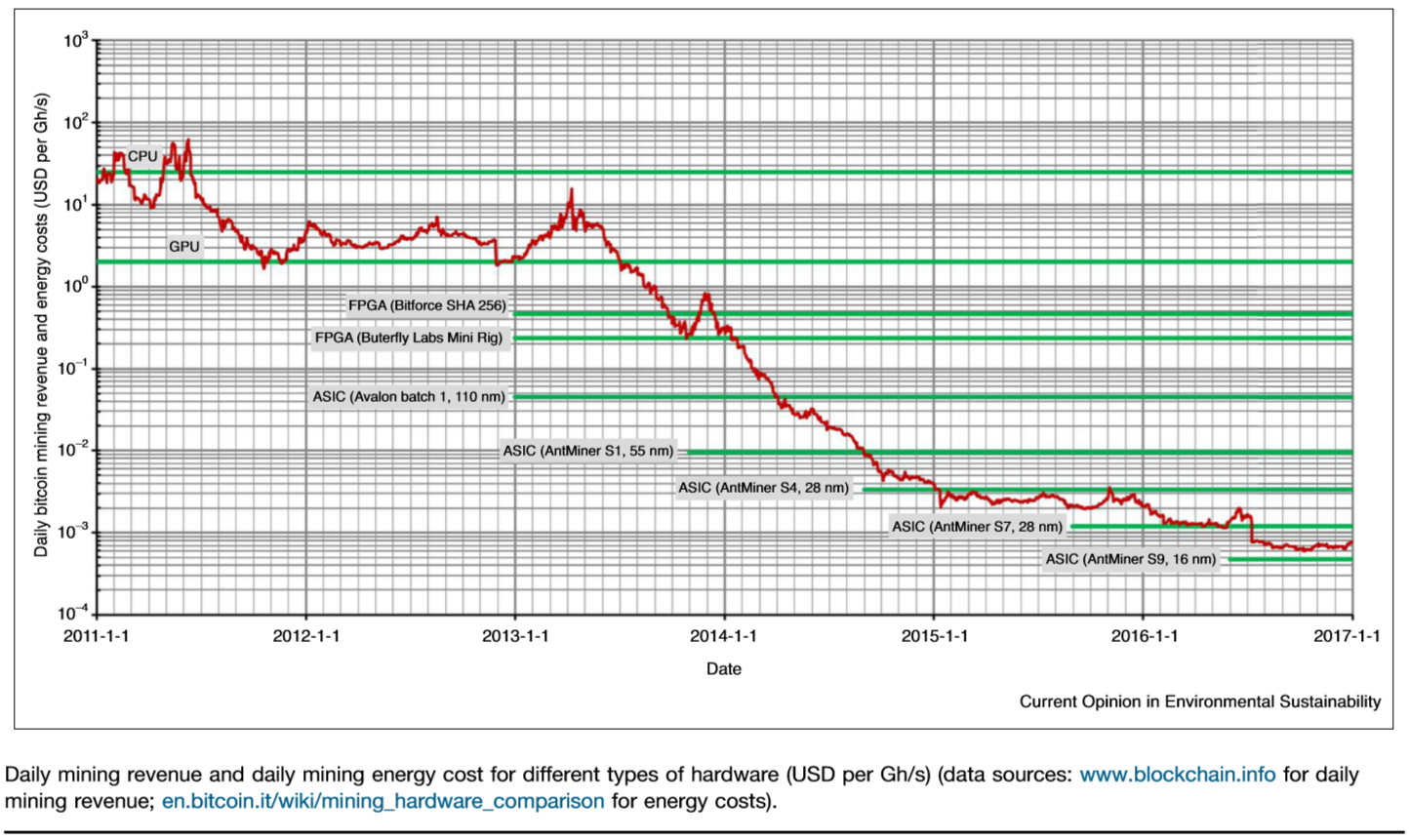 Exhibit 3: Detailed Calculations and sources for Daily Revenues and Costs for the Bitcoin network 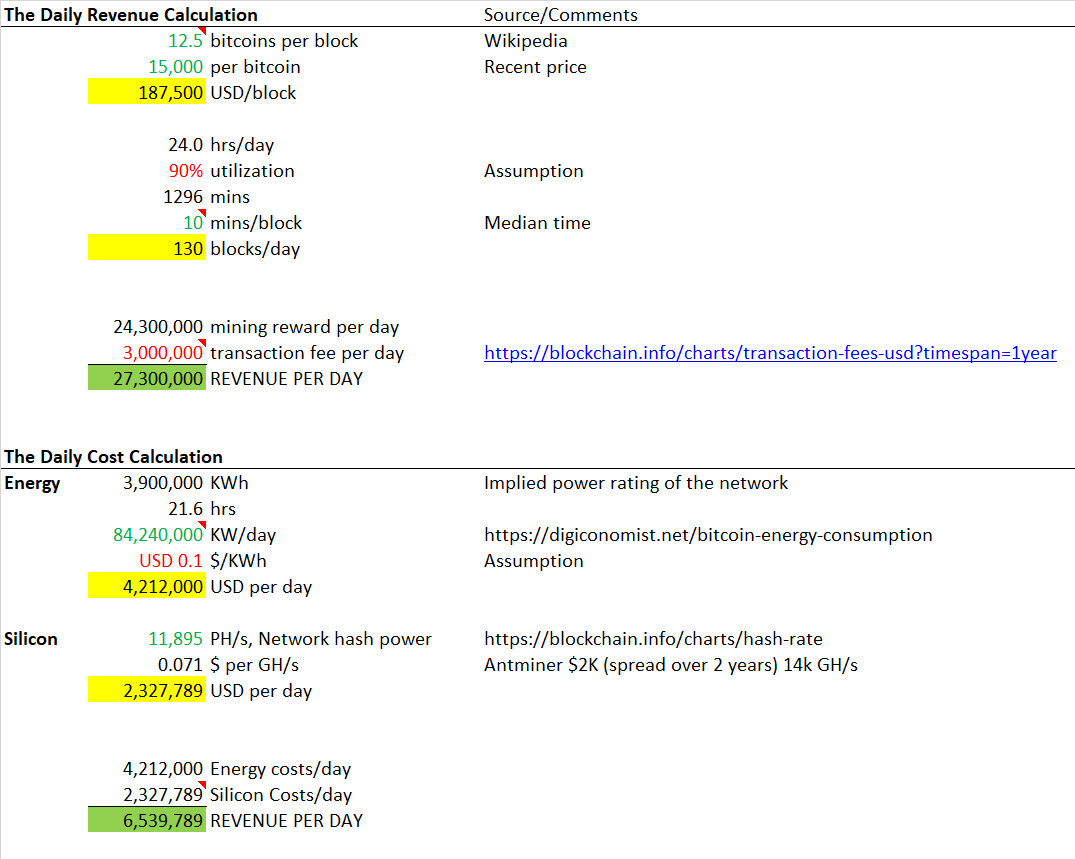